Central Device & Data Manager Platform remotely configures, monitors, and manages a range of V2X devices. Cities and road operators can easily monitor the current state of the devices with the intuitive application. The platform also sends email alerts and notifications.

Our software helps you utilize the data collected by your equipment, visualize geospatial information and easily create and deploy V2X messages when you need to notify traffic participants about road events or weather conditions. 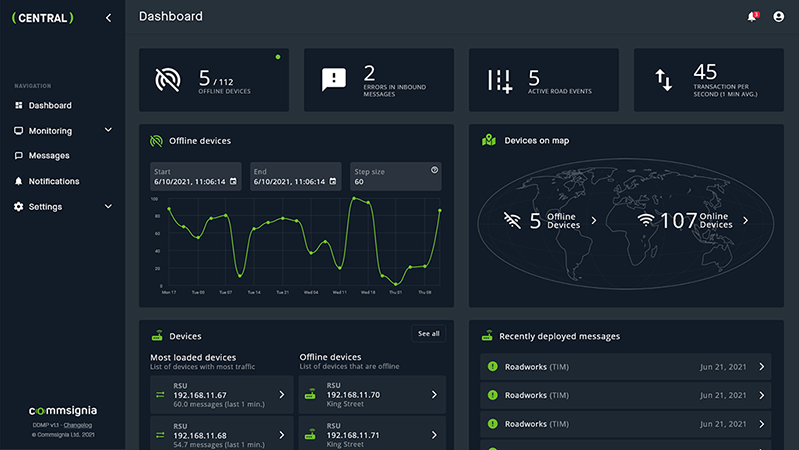 Monitor the health and performance of your devices from a central location. Configure and set up your roadside units at once to cut back on maintenance times 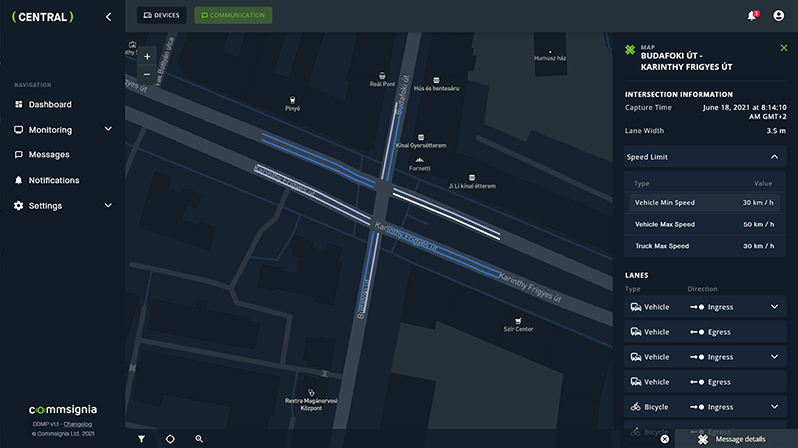 Incident reporst on the platform's interface and email alerts help you respond quickly and maintain a high level of service. 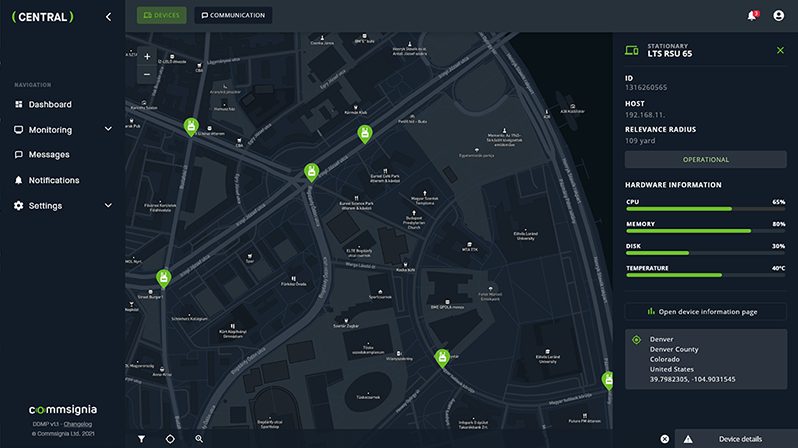 Get real-time feedback of where and what V2X messages are coming and going on a map. You can make sure the messages reach their destination. 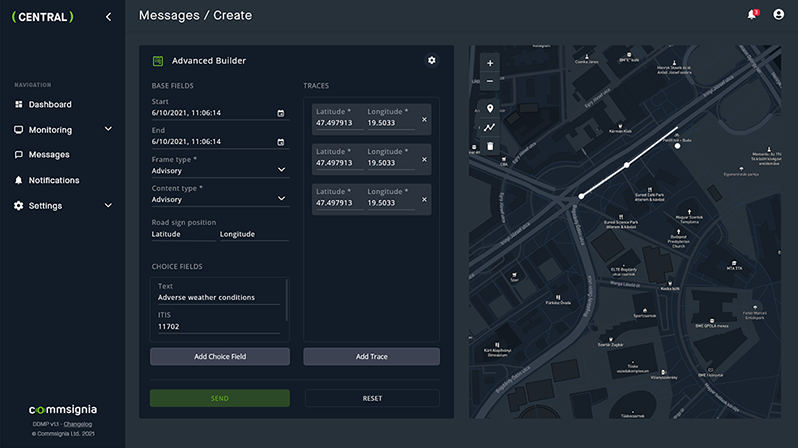 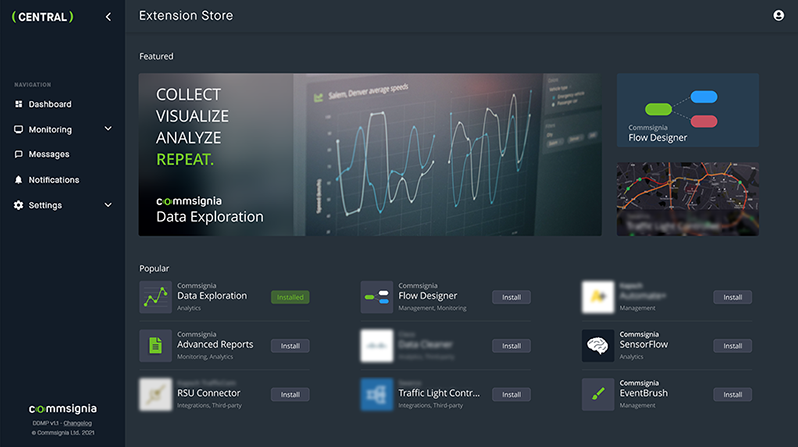 Find the best transport applications from a range of ITS vendors to personalize your standard V2X platform. 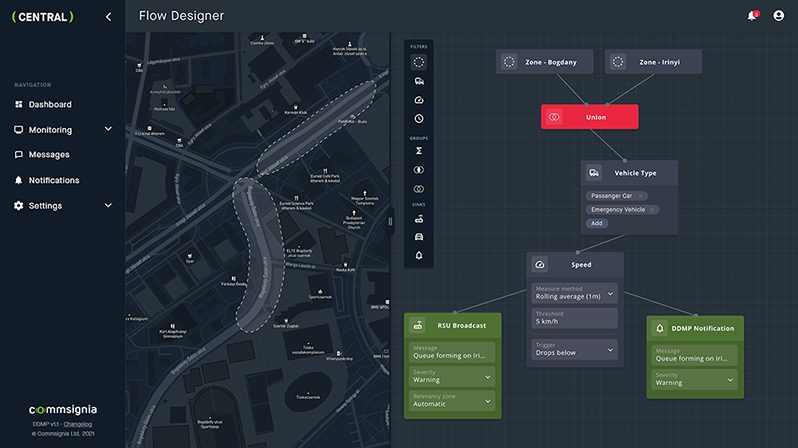 Plan and deploy automated ITS processes on a clean and intuitive user interface with categorized building blocks.

How to get started

5 steps to get started

Connect the RSUs to the network

Enroll your devices in Central

On-premise server and cloud infrastructure can both be used to run Commsignia Central.

Who is it for?
QUALITY

Why invest in V2X? Vehicle-to-everything (V2X) is a technology that allows vehicles to communicate with moving parts of the traffic system around them. Also known as connected-vehicle-to-everything communication, it has several components. The V2X market is relatively nascent, and many of the system’s benefits will not be fully realized until the market expands. In order for a V2X vehicle to communicate with another vehicle or roadside object, that object must also use V2X technology.

The 5G Automotive Association (5GAA) is an international organization of companies from the automotive, technology, and telecommunications industries devoted to developing V2X technology. It was founded in 2016 by eight corporations: AUDI AG, BMW Group, Daimler AG, Ericsson, Huawei, Intel, Nokia, and Qualcomm Incorporated. It now has over 100 member companies around the world.

LEARN MORE ABOUT US

Did you see our hardware units? 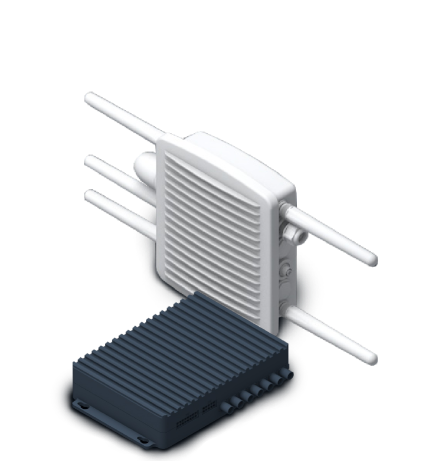 Commsignia specializes in the research, development, manufacturing and distribution of Cooperative Intelligent Transportation Systems (C-ITS) including Vehicle-To-Vehicle (V2V) and Vehicle-To-Infrastructure (V2I) communication technologies. The founders include respected scientists who have been key contributors to the development of V2X technologies over the past decade, allowing Commsignia to become the fastest growing V2X solution provider on the market.
More About Us